Skip to content
Disclosure: As an Amazon Associate, we may earn an affiliate commission at no additional cost to you.

We all know that there are many types of saw available in the market like a jigsaw, band saw, scroll saw, chainsaw, miter saw, circular saw and more. Whenever you type scroll saw or band saw in the Amazon search box, you will get a list of both saws instead of a single type of saw. That’s where we get confused because both of these are similar but not the same. So, it becomes important to know first what are the type of projects that we are going to do. Second important thing is to know the differences and similarities between a scroll saw & band saw so that we can choose our saw according to the needs. That’s why I am going to write on this topic: ” Scroll Saw vs Band Saw – Which One Should I Buy ” in which I will also show you the comparison table ( differences & similarities ) between scroll & band saw so that you don’t have to waste your time by reading long paragraphs.

A scroll saw is an electrically-powered tool used for cutting clean & intricate curves, which you can operate by using its paddle ( its action is very much like a sewing machine ). Scroll saw is like a double-ended jigsaw which uses a very thin reciprocating blade ( oscillating up & down ) of approx a quarter-inch thick and 5-inch long, vertically mounted on the top & bottom of the surface.

A scroll saw is a really neat addition to the woodshop. There is so much stuff that you can do with it like making Christmas ornaments, jigsaw puzzles, any tight corners or an accurate right-angle cut and many more complex designs. The super-detailed design is possible due to its variable speed feature ( controlled by a foot pedal or a knob ), tilt-surface feature, and its fine blades. The tilt-surface feature means you can adjust its working surface at an angle according to your comfort zone.

You might be thinking that why don’t we use a jigsaw instead of a scroll saw?

The answer is yes, you can use it too but scroll saw gives more precise cuts as well as comfortable cutting. One of the important things about scrolling is that you want to be comfortable. If you’re not comfortable and you’re hunched over the saw and your back is aching, you’re not going to produce a good product. That’s why scroll saw is most preferred over jigsaws. If you want to do small projects, not on a regular basis then you must go for a jigsaw.

Advantages & Uses of a scroll saw:

You May Also Like Our Article On: “How To Setup A Small Woodworking Shop Under $1000?”

Here is the best scroll saw which you can buy now:

And here’s the budget friendly option ( value for the money ):

You Can Also Check Our Review On WEN 3921 Scroll Saw Along With Diagram, Pros-Cons & FAQs.

ALSO READ: Top 15 Scroll Saws Reviews.
You may also like my review article ( along with buyer’s guide ) on the jigsaws. To know more about top jigsaws available in the market right now. Click Here To Read.

Get 16000 woodworking projects, categorized properly & wood plans available for both beginners & professionals. When I was checking the files, it was not exactly 16K but it’s more than enough ( value for money / also has lifetime updates )

A band saw is a versatile tool which is specially made for contractors to cut curves, uniform & irregular cuts just like a scroll saw but unlike the scroll saw, it can cut on hard thick wood ( up to 12 inches thick ) or even metal with a proper blade ( proper material & TPI ). The band saw is a vertically oriented tool which consists of 2 large wheels, i.e. upper wheel & lower wheel ( rotating on the same plane ) on which a sharp flexible blade runs uniformly towards the table like a cycle chain. This saw does not oscillate up & down as a scroll saw, so there is no vibration.

Advantages & uses of a band saw:

Here is the best band saw which you can buy now:

Now, let’s compare scroll saw & band saw using a table so that you can easily get all the points in one place if you have missed any.

I have tried my best to explain the differences between a scroll saw and band saw in simple words.

Here is the short summary:-

I hope I am able to do away with your doubts! Happy Wood-working!

You May Also Like These Articles On Power Tools:

34 Safety Tips For Using Miter saw
How to use a chainsaw?
Best Circular Saws - Reviews & Buyer’s Guide
10 Inch vs 12 Inch Miter Saw: Which One To Choose?
Best Tool Chests Reviews 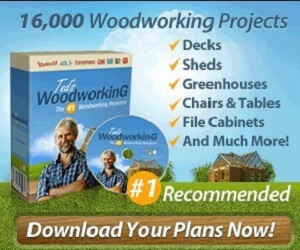 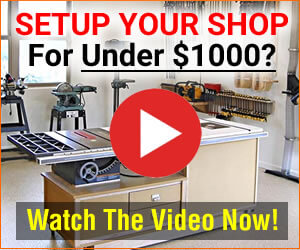 Get Landscaping Project Ideas (With 4 Bonuses) 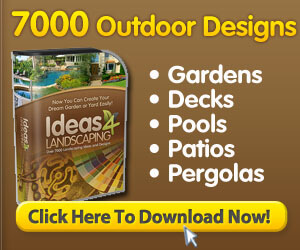 Start A Woodworking Business From Home